A Valentine from Van

I was in Van for 3 days last week and returned back on Saturday. The situation in Van is worse than I expected. I did not realize that the problem was so large. Most of the buildings in the city are damaged and they are waiting for demolition. The people have either left Van or they are living in tents. The temperature was -6 degrees last week. The government has put up container villages, but the people prefer to live in make shift tents near their homes.

The people had been through a trauma which will last sometime for them to get over. I think the good weather in the spring will raise their morale and they will start returning to their normal lives.

Enver Bey has setup office in one of the containers that we have sent and he is organizing the relief efforts. He has formed groups of four girls in each ghetto that we work. These girls locate the families that needs support, make a list of what they need and report to Enver Bey. Next day the help is sent to the families. The number of families that are receiving help from us has reached 350. All the people that I have met asked me to relay their thanks to all the good people that are helping them. 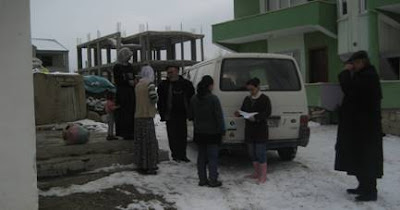 Helping a family of 7 whose tent was burned the day before.

We have started work in two of our workshops. The other three are damaged and the girls are reluctant to go in them. The girls in operating workshops are very happy to attend a workshop where they socialize in a warm environment, have decent lunch and make some money. We are trying to set up two prefabricated workshops instead of the ones that are damaged. We hope to have them up and running in March. The Governor of Van has congratulated us for organizing the operation of two workshops, and indicated that such success stories are necessary for uplifting of morale in the city. 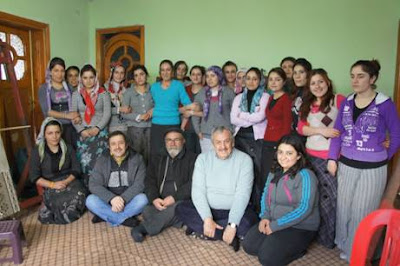 In the Haci Bekir atelier 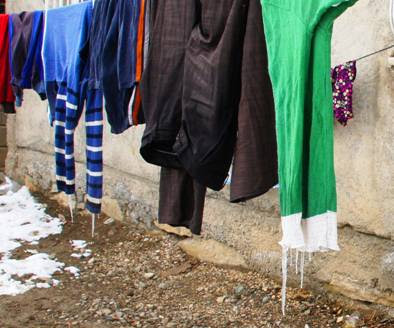 It is cold in Van.

We feel that we have and are helping these people and we could not have done this without the help of our friends.

On behalf of all the families and the girls in Van that we work with we wish to thank Turkish Philanthropy Funds for all they have done and hope that their support continues.