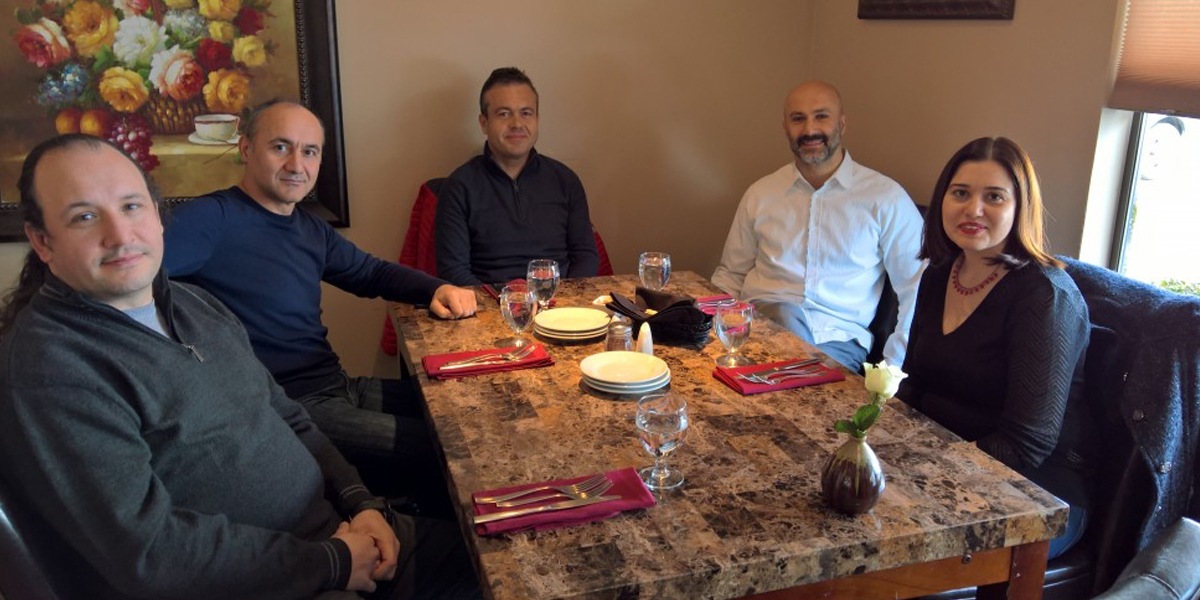 Amid the polished halls and chrome filled rooms at Microsoft, Alp Onalan, Serdar Soysal, Bulent Elmaci, Osman Ertugay and Ece Kamar managed to conger the odors and tastes of their native Turkey. The search for the meaning of building a community around philanthropy started for them when an earthquake struck Turkey in 1999. Together, five friends, who immigrated to the United States and work for Microsoft in Seattle, talked about how they could help their home country, which had just suffered a devastating earthquake. Seeing the casualties, they were eager to make a contribution, however, there was not a platform like TPF back then to channel the funds raised to help recovery and relief efforts in Turkey. “The images of rubble – buildings decimated, people on streets, sounds of crying – devastated me,” said Alp. “Being 6,000 miles away we felt helpless. We wanted to at least send money. But there was no reliable or safe way to do so,” continued Alp.

Years later when introduced to TPF, Alp was very intrigued and inspired. “After my experience in 1999 I was glad to see a transparent and reliable organization that worked professionally,” says Alp. “Witnessing the community TPF was able to build around philanthropy inspired me. I see the founders of TPF as my heroes – these heroes have been allowing me to make the change I want to see in Turkey,” continues Alp.

Alp not only supported causes close to his heart through TPF to ensure his philanthropy is being used effectively but also rolled up his sleeves and became an ambassador of TPF in Seattle. He wanted his colleagues at Microsoft, Google and Amazon to get involved and be part of this incredible community of people who have not forgotten the issues their homeland faces. With this idea in mind, Alp shared his vision with a group of his friends at Microsoft. Serdar, Bulent, Osman and Ece happily joined in. And, Seattle Giving Circle was formed. “Seeing all the impactful organizations TPF is supporting, I wanted to get involved and join the TPF community,” says Serdar. Bulent adds, “I was impressed with the professional staff, organization’s sustainability, and potential for growth.” Ece continues, ”Turkish Philanthropy Funds has eliminated that bridge between donors and organizations in Turkey and because of it, we now feel closer to the causes we believe in and will continue our support through Seattle Giving Circle.”

“In the beginning, we did not have a specific purpose other than getting together,” Serdar notes. After multiple brainstorming sessions and discussions on what could be done, the groups’ ideas gradually turned into how they can create a community around philanthropy that makes giving a habit. They acknowledged that the Turkish American community living in Seattle supported many charities but their giving was limited to one-time donations. They knew they needed to do something different. “More than asking people for donations, we wanted to create awareness, increase people’s involvement and get them excited about what we were trying to do,” says Bulent.

Seattle Circle has grown into something more than Alp, Bulent, Serdar, Osman and Ece had imagined. Employees from Microsoft, Amazon, and Google joined the circle. Since they are passionate about education, their funds go towards improving education in Turkey. In its first year, the Circle raised more than $30,000. In its second year, they have already passed last year’s numbers. “It’s not just making a donation and saying I donated but it is the feeling of belonging to a community and doing something beneficial for your community that makes giving so addictive, “says Alp. They all emphasized the joy of sharing this very personal connection to their homeland with others in the community. “I feel inspired and also very lucky” notes Ece since “with the community, we have created in Seattle, we can now support projects in Turkey and create the community we all dream about.”

The motto of the Circle is “Make giving a habit.” “Even though what we are doing is little,” they say, “if everyone gives a little and makes it a habit, the impact can be enormous.”