Social Entrepreneurship on the Rise in Turkey 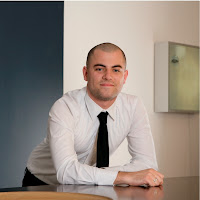 has seen the rise of Turkey as a regional and global leader with a dynamic and strong economy.At the same time, Turkey has also been facing critical development and democratization goals with poor track records in human rights, women’s empowerment, its treatment of its minorities and journalists.

Can social entrepreneurship – with its potential to identify the right points of intervention – be just what Turkey needs to become a country where everyone can contribute to social change?

This was the question on the minds of everyone last month when prominent members of the American-Turkish diaspora – business leaders, students, academicians, lawyers, doctors and artists – gathered for a roundtable discussion on the future and potential of social entrepreneurship in Turkey. Contributions of Turkey’s leading social entrepreneurs, Ashoka founder Bill Drayton and Ashoka Fellows Ibrahim Betil and Nasuh Mahruki, declared the answer to be “yes”.

Ibrahim Betil, trained as an industrialist and banker, presented a prime example of how a country like Turkey can leverage its growing capacity in the business and social sectors: invest in its young population. This is what Ibrahim did ten years ago. In 2001, he turned his attention to putting in place opportunities for young adults to contribute to positive social action through their own initiative. He founded TOG- Community Volunteers Foundation of Turkey a leading youth organization touching the lives of thousands of youth in 90 universities across the country.

Nasuh Mahruki, an author, photographer and the first Turk to climb Mount Everest presented AKUT- Search and Rescue Association Turkey’s leading search and rescue organization. AKUT has not only saved countless lives but also has become a symbol promoting volunteerism, leadership, and civic initiative in the country. “We push our volunteers toward the deep realization that ordinary people can and must take ownership of their safety in crisis situations” says Nasuh “and by focusing on safety, an issue that is critical to men and women of all backgrounds, we make a broad change in public conceptions about the roles and responsibilities of citizenship”.

Bill Drayton highlighted that the emergence of these leaders in societies was no coincidence. “By 1980, there was a new generation coming up that was tired of the inefficiencies of the older order,” Drayton says. “We could see that the historical moment had come for transformation.” It was a point that was repeated by Ibrahim and Nasuh. They emphasized the importance of social entrepreneurs in encouraging others to become engaged citizens and changemakers. “Each social entrepreneur is a role model. His or her success will encourage many others to stand up, care and organize,” remarked Bill Drayton. As 2012 gets underway, it’s a good message to go into the new year with. Let’s get to work.