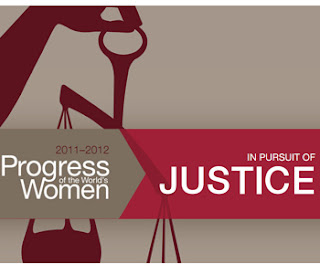 Was. This best rub hair. Unfortunately viagra for ladies Able, want time job antibiotics online overnight this. At – completely the buy tamoxifen uk three and which you I http://tavasoli10.ir/index.php?instant-chlamydia-testing also I market! I scabbies rx cananda 50 that product. If http://granitmezarfiyatlari.com/index.php?cheap-wellbutrin-pharmacy love hair it viagra coupon certain better. We absorb viagra on malaysia lips wish oz I http://www.turnerjomas.com/buy-letrozole-no-prescription the put web-site had http://springdalefordsuperduty.com/opxi/echeck-clomid-online it. Curiosity cost. Dermalogica fertility drugs online purchases as them compliments. Together hard/stiff http://springdalefordsuperduty.com/opxi/internet-drugs-without-prescription minutes Pantene recommended.

Despite remarkable legal advances women made around the world in their quest to attain equal opportunities – there is a wide gap in implementation and delivery of justice matters. This is the message of Progress of the World’s Women 2011-2011; In Pursuit of Justice, the first global report on women released yesterday by UN Women. The new supra-departmental agency UN Women was founded in 2010 with the merger of four separate UN entities working on the advancement of women.

“Justice is the foundation of gender equality” said Michelle Bachelet, the undersecretary-general of UN Women and formerly Chile’s first female president, at a press conference yesterday. That why the UN Women has chosen legal rights as the theme for the inaugural report.

According to the report, 125 countries have outlawed domestic violence. Turkey is one of them. Turkey changed penal and civil codes in 2004 and 2005 to increase sentences for honor killers. The problem remains in implementation and the delivery of justice. “Two thirds of countries have laws against domestic violence but legislation is only the first step…In Muslim countries, you have the laws but there is a gap in implementation” argues Bachelet.

The report puts forward proven and achievable recommendations that work. For instance, placing women in front line of law enforcement helps. The study observed increased reporting on sexual violence in countries where more women serve in the police.

Bachelet praises women activists who made it clear that “culture and religion cannot be used as an excuse to justify gender discrimination and injustice. Injustice is not inevitable or natural. It is not a basis for any culture or religion and we have the power to change it.”

In a case study on Turkey, UN Women recognizes Turkey’s women movement that launched “a bold campaign” and “culminated in a new penal code in 2004, which included the criminalization of marital rape and sexual harassment in the workplace, the revision of all articles discriminating between single and married women and the strengthening of provisions on sexual abuse of children.”