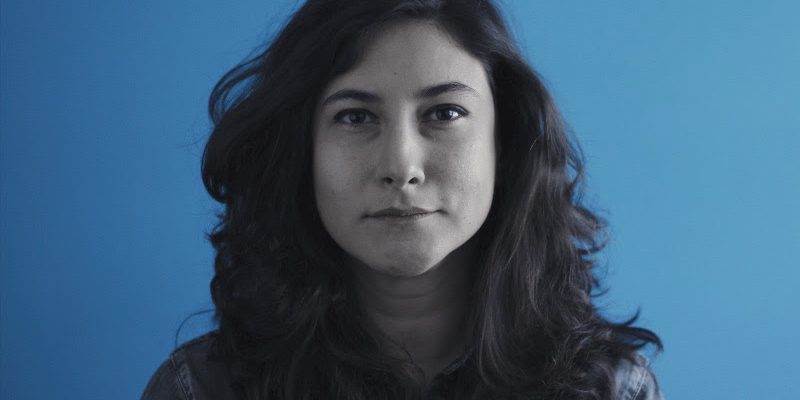 New York (May 2, 2019) – Turkish Philanthropy Funds (TPF) and the Nieman Foundation for Journalism at Harvard are pleased to announce that Ms. Gülsin Harman has been selected as the 2020 Robert L. Long Nieman Fellow. The fellowship honors the memory of journalist, filmmaker and news executive Robert L. Long and supports the work of exceptional Turkish journalists. Joan Rebecca Siregar-Long, Long’s widow, established the program to support Turkish Nieman Fellows. It is the first fellowship to be created at the Nieman Foundation specifically dedicated to Turkish journalists.

Gülsin Harman, who is the second recipient of this annual Fellowship, is a freelance reporter at The New York Times Istanbul Bureau, where she has contributed to coverage of Turkey since 2017. She has covered Turkish politics for other international news media and has worked as a foreign news editor for the Turkish newspaper Milliyet, for which she briefly acted as the United Nations correspondent. In 2016, as the Turkey coordinator for International Press Institute’s “On the Line” project, she monitored online harassment of local journalists. She is a vocal advocate for press freedom and efforts to combat digital intimidation, and has been a featured speaker at the International Journalism Festival, RightsCon and Festival Piaui Globonews de Jornalismo.

Gülsin will study how new challenges to journalism impact democracy, with a focus on the link between disinformation and distrust of media in society. She said, ““In my effort to become a more accomplished journalist, being a Robert L. Long Nieman Fellow at Harvard University is an incredible honor. I thank the Nieman Foundation and Turkish Philanthropy Funds which joined forces. I wish to express my heartfelt gratitude for Mrs. Joan Rebecca Siregar-Long. Her support of Turkish journalists is tremendously encouraging.”

Joan Rebecca Siregar-Long added that: “I am delighted that the Robert L. Long Nieman Fellowship will support another outstanding female Turkish journalist this year. I believe that Gülsin will continue to make a substantial contribution to society,  especially in the current, highly charged environment, particularly for journalists. Continuing to maintain professional integrity will always be a challenge, and my hope is that at Harvard, Gülsin will gain additional tools to help her adapt in a constantly and rapidly changing media environment, and that her interaction and engagement with educators and other Fellows at Harvard will continue to empower her commitment to a vocation she chose enthusiastically and without any reservation.”

Ann Marie Lipinski, curator of Nieman Foundation for Journalism at Harvard University, noted: “Nieman remains deeply grateful to be able to offer this fellowship in the name of Robert L. Long, whose colleagues held him in such high esteem. His commitment to journalism, to mentorship, and to future generations of Turkish journalists were admired by those who knew and worked with him. The Robert L. Long Nieman Fellowship is a powerful way to advance the causes he cared about, something that was central to Joan Rebecca as she worked to honor her husband’s legacy. We look forward to welcoming Gülsin Harman and to supporting her as she expands her knowledge in service of better journalism.”

“Unique collaborations in high-impact philanthropy are vital to our social fabric. This match – among Joan Rebecca Siregar-Long, the Nieman Foundation for Journalism at Harvard University and Turkish Philanthropy Funds – is an exciting example of how we can come together to support quality journalism and the skilled professionals who make it so,” said Maria Figueroa Kupcu, vice chair of TPF.

Turkish Philanthropy Funds
Turkish Philanthropy Funds (TPF) is the leading U.S. community foundation for high-impact social investments dedicated to Turkish and Turkish-American communities. Since 2007, TPF has mobilized over $35M and has invested over $20M in grants with partners focused on addressing economic, education, gender equality, social and environmental needs in Turkey and around the world. By providing support to realize the philanthropic vision of individuals, families, and corporations, TPF donors and partners have reached thousands of families and directly funded over 200 projects.

The Nieman Foundation for Journalism at Harvard
The Nieman Foundation for Journalism at Harvard educates leaders in journalism and elevates the standards of the profession through special programs that convene scholars and experts in all fields. More than 1,600 accomplished and promising journalists from 97 countries have been awarded Nieman Fellowships since 1938. The foundation’s other initiatives include Nieman Reports, a quarterly print and online magazine that covers thought leadership in journalism; Nieman Lab, a website that reports on the future of news, innovation and best practices in the digital media age; and Nieman Storyboard, a website that showcases exceptional narrative journalism and explores the future of nonfiction storytelling.