Call Centers to Give Hope 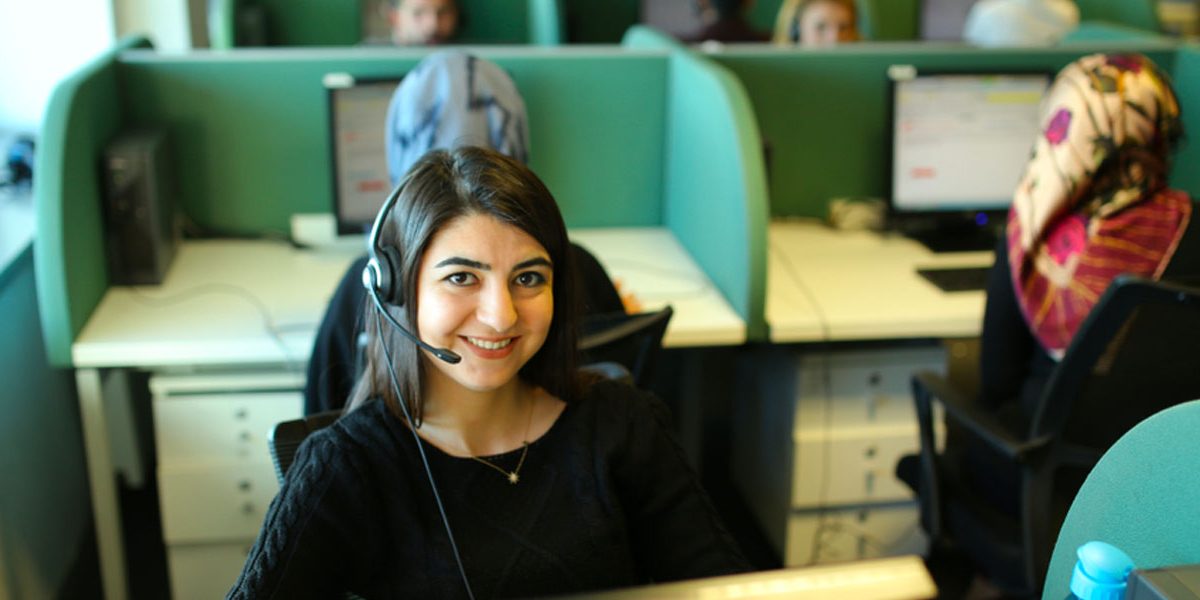 Huseyin, aspired to be an IT specialist, was in his second year in college when he had to leave his homeland and took refuge in Turkey. He assumed he would resume his studies in Information Technology. However, things did not unfold as he had imagined. “After leaving my war-torn country of Syria, I was hoping I would continue my education in Turkey. But I didn’t speak the language and wasn’t familiar with registering myself to a Turkish university. I felt alone. Eventually, I learned Turkish but I still did not have access to information on how to get into college. It was very difficult to navigate around the system that I wasn’t accustomed to. I got depressed and gave up on my dream of finishing college,” says Huseyin. This is the reality many young refugees face in Turkey.

The percentage of young refuges attending Turkish colleges is alarming. Today 480,000 Syrian refugees aged 18-22 lives in Turkey. Only 20,000, a mere four percent, are college students. The situation poses a threat to the livelihoods of these young refugees. It is vital that they get the education they need to integrate into the Turkish society. If the situation is not changed, an uneducated “lost generation” will not be equipped to participate in the formal economy and create a future for themselves. INGEV Foundation is trying to change that!

İNGEV Foundation’s “HOPES – Education is a Must” project is an outcome of a rigorous analysis of studying the needs of young refugees in Turkey. A Counseling Committee of 35 people from various government and non-governmental organizations had a deep look into the best ways to integrate these young refugees into the society. “Although a challenge, it is vital that we work towards integrating these young people to Turkish education system and empower them through education,” says Basak Tuzun, Project Manager at INGEV.

A call center came out of this rigorous research where young refugees who are planning to continue their higher education receive counseling on various subjects such as how to get into Turkish universities, application process, university selection, scholarship and dormitory options and Turkish language lessons. The call center’s support is in Arabic. An online counseling module has also been developed. The Call Center will start operating in June.

Huseyin does not have a full career plan yet but now he has hope to get where he wants to go.

You can answer their call by supporting INGEV’s efforts.