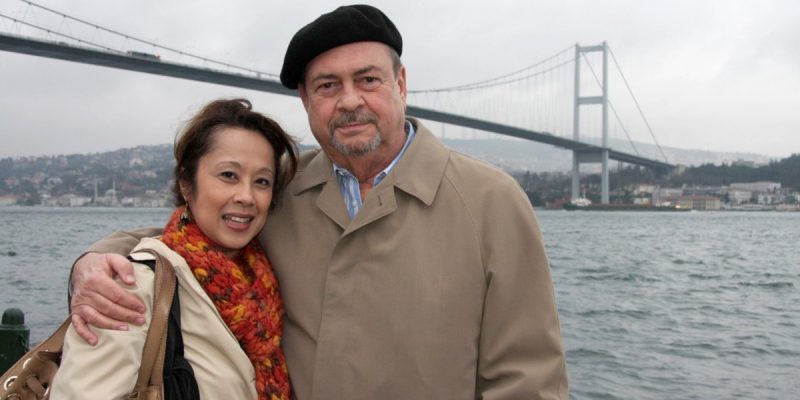 CAMBRIDGE, Mass. (Oct. 11, 2017) –The Nieman Foundation for Journalism at Harvard and the New York City-based Turkish Philanthropy Funds (TPF) today announced the launch of the Robert L. Long Nieman Fellowship to support the work of exceptional Turkish journalists. Applications for the funded, yearlong fellowship are open through December 1, 2017.

The fellowship honors the memory of journalist, filmmaker and news executive Robert L. Long. Over many years, Long worked with journalists covering international news and was concerned with the issues facing journalism in a rapidly changing world. He committed his life to challenging and inspiring his colleagues to expand their intellectual curiosity and maintain the high standards and integrity of their profession.

Joan Rebecca Siregar-Long, Long’s widow, established the program to support Turkish Nieman Fellows. “Robert was passionate about many things in life, and two of his greatest passions were his love for Turkey and his dedication to truth in journalism,” she said. “I wanted to honor his legacy by supporting journalists from a country he dearly loved.”

Long’s son, Philip Long, recalls, “My father was a mentor to many. He labored tirelessly to preserve the virtues of thoughtful, principled journalism. It is fitting that his work continues through the Nieman Fellowship.”

The Robert L. Long Nieman Fellowship is open to journalists who are Turkish citizens. The fellowship is fully funded and supports fellows in two semesters of study at Harvard University. Fellows participate in the activities of the Nieman Foundation and engage with Nieman classmates and faculty at the university. They audit courses and take part in master classes and journalism workshops designed to strengthen their professional and leadership skills.

The international application deadline for the 2018-2019 academic year is Dec. 1, 2017. The fellowship will be offered for the next three years. Interested candidates should apply online to Harvard University’s Nieman Fellowship program. Information about eligibility and the application process is available on the Nieman website.

G. Lincoln McCurdy, president of the Turkish Coalition of America and a friend of Long’s, said “I was fortunate to witness Robert’s passion for Turkey as the two of us traveled extensively in the country. In the United States, Robert was always supporting Turkish-American causes. As a journalist and media executive, he was also concerned with the integrity and the development of journalism in Turkey.  He engaged on the grassroots level by giving moral support to Turkish reporters and highlighting the importance of maintaining high journalistic standards in their profession.”

Bill Press, host of “The Bill Press Show” and former host of CNN’s “Crossfire,” worked under Long when he served as news director at KCOP. Press remembers Long’s “contagious joie de vivre” and his exemplary leadership skills: “In over 40 years of television broadcasting, I’ve worked with a lot of news executives. Bob Long was by far the smartest, sharpest and most successful of them all. He knew how to inspire and bring out the best in everybody on his team. He had a keen sense for news. He was fearless.”

Turkish Philanthropy Funds
Turkish Philanthropy Funds (TPF) is a community foundation with a particular focus on Turkey and the Turkish community abroad. As a convener of givers, TPF introduces innovative philanthropic solutions to overcome crucial social challenges through its more than 60 partner NGOs on the ground. It serves the needs of donors so their generosity can make the greatest difference now, and long into the future. Built by donors for donors in 2007, TPF has turned into the leading U.S. community foundation for high-impact social investments in Turkey and in the Turkish-American community.

The Nieman Foundation for Journalism at Harvard
The Nieman Foundation for Journalism at Harvard educates leaders in journalism and elevates the standards of the profession through special programs that convene scholars and experts in all fields. More than 1,500 accomplished and promising journalists from 96 countries have been awarded Nieman Fellowships since 1938. The foundation’s other initiatives include Nieman Reports, a quarterly print and online magazine that covers thought leadership in journalism; Nieman Lab, a website that reports on the future of news, innovation and best practices in the digital media age; and Nieman Storyboard, a website that showcases exceptional narrative journalism and explores the future of nonfiction storytelling.