The Only Limit is You 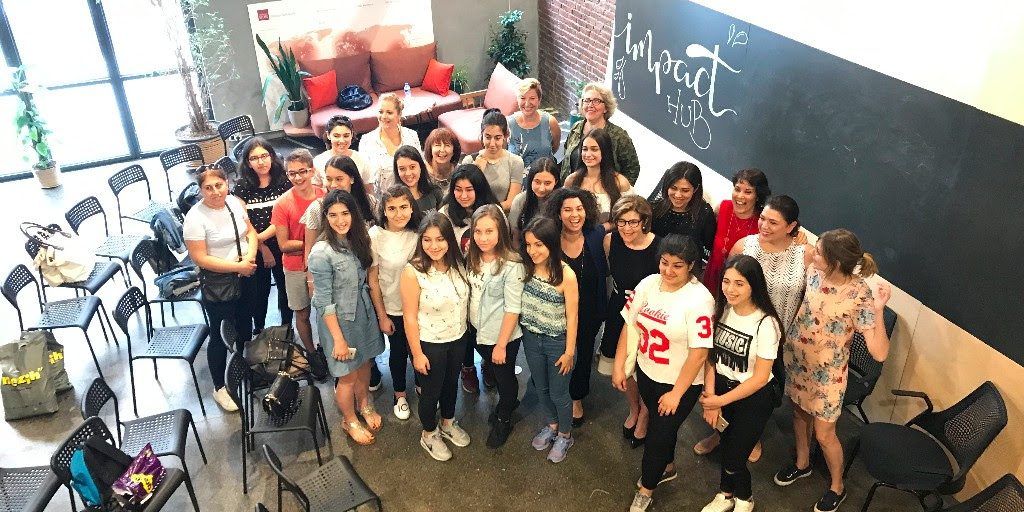 Zeynep and Buse walked quietly into Impact Hub Istanbul surrounded by 23 other Cagdas Yasami Destekleme Dernegi scholarship recipients and volunteers as their friend, Gaye asked, “Why the theme: ‘The Only Limit is You?’”

Derin jumped in, “because we should not take no for an answer, believe in ourselves and work hard.”

“But, I feel I have many obstacles in life and personally I do not believe I have any power on anything I do,” continued Gaye.

These girls certainly have dreams, and places they’d want to go. However, because of social and cultural barriers, sometimes they feel powerless. As they gathered to attend a panel for TPF Stars, a TPF program supporting high school students with scholarships, many of them with same doubts started talking to speakers shyly as they look for answers in the way these successful women act and speak. The panel featuring Julide Ates, Nakiye Boyacigiller, Itir Erthart, Didem Altop, Melek Pulatkonak and Gizem Moral didn’t give them the easy answer right away. They didn’t note that in 2017, even though it’s still true that no country has given women equal rights and equal opportunities — to education, to health care, to equal pay for equal work — to men, they should still feel powerful because they have it in themselves.

Yet they shared the challenges they faced. Combined voices of these successful women, telling their personal stories of what it was like to be a woman as they progress in their professional careers carried so much power. They told these girls not to second-guess themselves in anything they do. “Sometimes we did,” they noted. “But we learned the hard way that when we don’t, we can overcome many difficulties.” They advised them to go for what truly lies in their hearts despite unsupportive people around them. They encouraged them to challenge themselves with the “if she can, so I can!” attitude. And, they guided them to stand still and ignore critics in a “man’s world” even though it is the most difficult part of their jobs.

These great role models inspired and gave vision to tens of girls last week. As they were open with their own experiences on how they gained the courage to reach for more opportunities, to sit at more tables, and to believe more in themselves, young TPF stars were able to relate. This enabled the conversation to turn into a dialogue between women who is more experienced and young women who felt that their feelings are understood.

25 young women left their self-doubt at Impact Hub Istanbul that day. They were not the quiet and shy girls that walked in a few hours earlier. With their gift bags on their shoulders filled with Facebook COO, Sheryl Sandberg’s book Lean In they stepped out to face the world claiming their own power by acknowledging their inner barriers.

TPF Stars is a program created by TPF in cooperation with Cagdas Yasami Destekleme Dernegi in 2014. Currently, the program supports 40 female high school students. Consider making a contribution so we can touch the lives of many more girls.