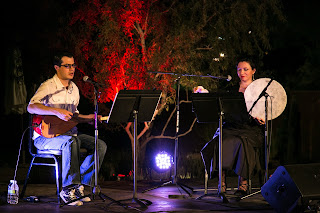 Perhaps it’s not a coincidence that Mehmet Ali Sanlıkol fell in love with music in Bursa. Bursting with greenery and majestic hills, the western Turkish city that was once the capital of the Ottoman Empire, is a setting that inspires. That is exactly what the musicologist and professor does when he sits down at the piano or picks up the ud, neyand zurna. The latter are all traditional Turkish instruments, which Mehmet Ali knows much about. Not only does he play them, but he penned a book which is in part about them, The Musician Mehters.
It is in large part because of the musician mehters that Mehmet Ali helped the Phoenix-based Musical Instrument Museumexpand its Turkish music collection. It is the most extensive single-country exhibits at MIM, with four distinct sections that showcase the music and cultural importance of mehter (Ottoman ceremonial) music, various traditions of the Turkish countryside, the music and movement of the Mevlevi Sufis, and the vibrant music of Turkey’s urban centers. Mehmet Ali acted as a consultant. 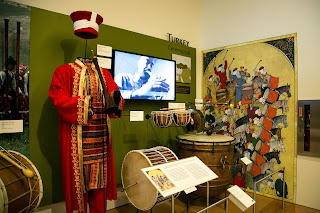 “They’re all different but they overlap,” Mehmet Ali says, referring to the four sections of the exhibit. “That was a vision I had from the beginning as Turkish culture and music are very multi-layered; these layers have pivotal points where they meet.”
He says that Turkish music is “a fantastic example” of how various layers and art forms connect – an important factor he notes, especially since music “isn’t a compartmentalized form of art.” “The way we live, we’re open to influence.” So too is music, he says. 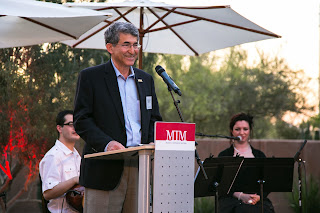 Mehmet Ali is excited by the MIM exhibit, which he calls “really extraordinary.” It was one that TPF founder and chairman Haldun Tashman was actively engaged in supporting. “It was a thrill to engage the TPF community to enhance the Turkey exhibit,” Tashman says. “It has been a pleasure working with the MIM team to deliver on the desire to expand and create a dynamic exhibit.”
TPF’s contribution has helped develop MIM’s Turkey exhibit to approximately four times its original size. The exhibit now includes 48 instruments and related objects, including two costumes: a whirling dervish and a musician mehter. There will also be shadow puppets of the popular characters Karagöz and Hacivat. The collection will include antique instruments such as a lavta from the late 18th – early 19th century, a rare santur from the 19th century, an unusually large ney from the 18th or 19th century, and a cümbüş by renowned Istanbul luthier Onnik Karibyan.
“MIM is a museum in constant evolution and we are committed to continually improving and enhancing every one of our exhibits with the assistance of our donors,” said MIM president and director Dr. Bill DeWalt. “With the generous support of the Turkish Philanthropy Funds, The Dorrance Family Foundation, and Haldun and Nihal Tashman, we were able to create a truly vibrant exhibit and we look forward to sharing the music and culture of Turkey with our guests.” 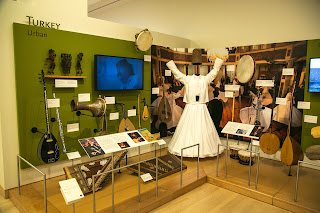