Branding of Immigrants: How 9/11 affected my identity 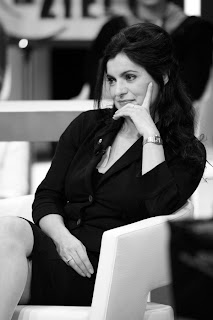 I am a Turkish journalist. I am also Dutch and a Texan. I am a woman, a feminist, a mother, a lecturer, a soloist and a world traveller. I am also Muslim. Yet, since 9/11, my Muslim identity counted more than any other characteristic that has contributed to who I am today. Far worse is the western media’s attributes of the actions of very few Islamists to an otherwise peaceful faith with billions of followers.

There is the common people’s religion and than there are the Islamists, the extremists who follow a violent ideology. In other words, not all Muslims are Islamists. And my identity is far more complex to be defined by faith alone. I grew up in Europe with a strict secular upbringing and I find such homogenous “branding” of Muslims frustrating. Prejudices are for the lazy and for the intellectually weak. Why can’t Muslims experience religion as individuals?

A few years back, as part of an international visitor’s program I met with a fellow journalist in the United States. We ended up talking about motherhood, journalism, relationships and family ties, but nothing on religion. We had more in common than what separated us. The fact that she was a Christian and I was a Muslim had nothing to do with what we shared with one another.

The same principle applies to the American identity. Americans are like a smorgasbord, the Swedish buffet which offers endless variety. They are liberals, they are conservatives, they are rich and they are poor. Not all of them are as conservative as Sarah Palin, or as liberal as Rachel Maddow, certainly not all are racists as the Klu Klux Klan. Neither are Muslims.

I am an optimist. Changes in Islam will come from Muslim women as they are endlessly being questioned about their religion. That’s why we have the urge to know more about our faith than most counterparts from other faiths. Such questioning is good for the entire community. What does one truly know about her religious and cultural identity? Does a Muslim woman have a religion of faith or has she adopted the family and national traditions as her own? Does she cling to the old ways and fight-off any changes to customs as an infringement of her heritage? Does she find her new cultural surroundings uncomfortable or even irritating?

Women have been on the forefront of the protests in the Arab uprisings. They stood up for their rights; they ran equality campaigns, advocated multiculturalism and fought the extremists. Women have been the first victims of extremism, and that’s why they are desperate to make changes. It needs not to be the Western way, but our way, and of our own making.

Due to easy access to information on internet, Muslim women know they have rights. They are more educated and more women are literate. They do not accept inequality anymore, which is why they talk, discuss and write about delicate issues.

I wrote about women and sex in my first book The Wax Club, so did many other Muslim authors. The North African author Nedjma proved in her erotica novel Wild Fig that Muslim women can write about sex. When asked why she has chosen that topic, she said:

It all happened after 9/11. I wanted to break down the negative image of Arabic women by writing about love and erotica. By showing that not all Arabic women are veiled and by explaining that the Western perspective is too much one-sided. And I wanted to shock the Arab man with a story about female sexuality. In the Maghreb sex is a taboo; you don’t talk about it, let alone write about it. Wild Fig is my protest against both parties.

My hope is that more Muslim women and the next generation of Muslim women will see their faith as means to a new way of life, one that is ready to tackle the difficulties of the twenty first century. As the famous scholar Akbar S. Ahmed said: “We should not approach Islam as an exotic and different world. It shouldn’t be the Islam versus the West, it should be Islam in the West.”

Şenay Özdemir is a Dutch-Turkish journalist and a women’s rights advocate. She gained fame as the first Turkish TV host in Europe. Currently she is a lecturer/researcher at the School for Journalism at the University of Texas. Follow Senay on twitter @senaytweets.