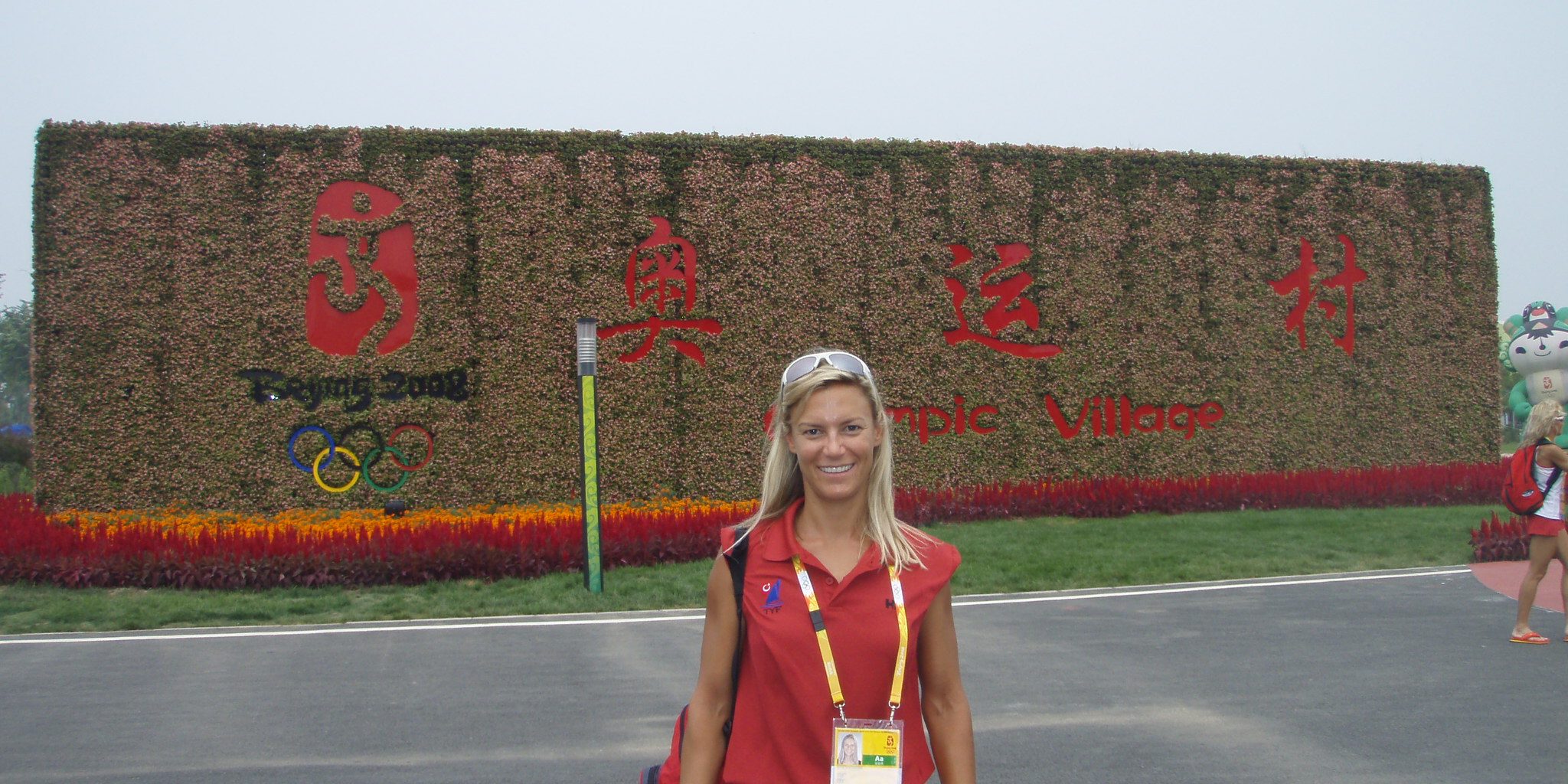 Sedef still remembers the chills she felt when she paraded into the stadium during the Opening Ceremony at 2008 Beijing Olympics. “It was one of the most unforgettable memories of my life,” she notes. “It was a dream come true.” The decision to take a break from her professional career to compete in the Olympics was more than a pure drive of competition for Sedef. “It was my ambition to give back and inspire many young women like myself to follow their dreams. Competing in the Olympics was my dream since the age of eight and I wanted to show young people that they should dare to dream. I wanted to make it about something bigger than myself.”

“When competing to qualify for 2008 Beijing Olympics in the Women’s RS-X windsurfing event for Turkey, I was on a mission. Not only to win the gold, but to actively work to impact on how young people perceive sports,” notes Sedef. She had the opportunity to compete in the US Olympics team yet she picked Turkey’s team believing she would have an opportunity to change perceptions of young girls in Turkey as she would be among the very few Turkish women in windsurfing to compete in the Olympics. Embracing this culture of altruism, she has become a role model who have cultivated a spirit of fraternity, not only within the sport, but also within her community.

Her journey to the Olympics is an inspiring example of determination and persistence – she originally wanted to compete in Barcelona 1992, but a broken wrist forced her to give up the sport. After that she focused on building her career – attending Columbia Business School as a Tashman scholar and joining Goldman Sachs right after.  Yet, her childhood dream of competing in the Olympic games and representing Turkey remained the same. After a windsurfing committee changed the equipment in 2006, she got a chance to rekindle her passion. This was her time – her chance to follow her dreams, her chance to give back to her community.

She made one of the biggest sacrifices – left behind a dream job, friends and family in New York and started to train for the Olympics. Her rigorous 6 days-a-week trainings for two years paid off as she was qualified to go to the Beijing Olympic Games in 2008. “Competing at the Olympics side by side with people who I read in the magazines – people who were my idols, was an unforgettable moment.” Sedef explains.

One other idol she had was Haldun Tashman, an entrepreneur, determined to make a difference in the lives of many with his philanthropic efforts through TPF.  “Haldun Tashman is a great exemplary leader for a lot of Turks in the U.S.  No matter how far he has gotten in his career, he never forgot where he came from and wanted to give back to his community.  I took his example and wanted to give back as well the best way I could and that was representing Turkey in the Olympics.”

Sedef is now a Director at a Social Investment company and knowing the sector very well, she says, “Since my introduction to TPF, I have been following its efforts with admiration. TPF’s presence not only provides a trustworthy and transparent platform but also embeds a culture of giving back for future generations.” Despite the challenges in our communities, the progress and the impact TPF has made in the community, left Sedef hopeful that the “giving back culture” TPF seeded in the Turkish-American community will continue to grow.

What is admiring about Sedef is not only her incredible accomplishments as an athlete, but also how she had channeled her story to give back by inspiring children to go for their big dreams.  Embodying the core values of Olympism — excellence, friendship, respect — Sedef win gold in the arena of philanthropy and social change.

Synergy Of Giving Within A Community
April 14, 2022
Go to Top