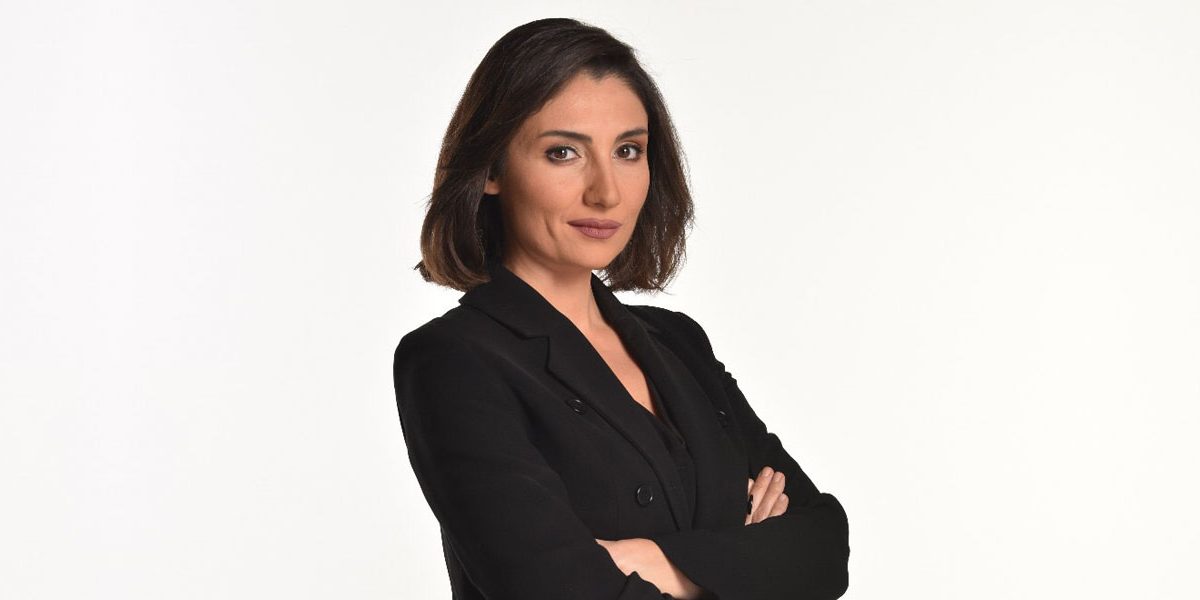 New York (May 16, 2018) – Turkish Philanthropy Funds (TPF) and the Nieman Foundation for Journalism at Harvard are pleased to announce that Ms. Afşin Yurdakul has been selected as the first Robert L. Long Nieman Fellow. The fellowship honors the memory of journalist, filmmaker and news executive Robert L. Long and supports the work of exceptional Turkish journalists. Joan Rebecca Siregar-Long, Long’s widow, established the program to support Turkish Nieman Fellows. It is the first fellowship to be created at the Nieman Foundation specifically dedicated to Turkish journalists.

Afşin Yurdakul is currently an anchor and correspondent at Turkey’s Habertürk News Network, where she hosts daily news and weekly current affairs shows. She previously was the network’s chief foreign editor. She reported extensively on the Syrian refugee crisis, and has conducted interviews with prominent Turkish and international figures. Before joining Habertürk, Afşin wrote about Turkey and the Middle East for a variety of publications including Foreign Policy and The New Republic. She has moderated debates at international conferences, the most recent one was at the World Economic Forum meeting in Davos, Switzerland, earlier this year. She holds an M.S. from the Columbia University Graduate School of Journalism. She can be followed on Twitter at @afsinyurdakul.

Afşin will study the impact of the Syrian refugee crisis on Turkey and other host countries at Harvard. She said, “At a time when the international community is faced with a massive humanitarian crisis, it is crucial for journalists to provide responsible and nuanced coverage of the issue. My hope is to have a meaningful contribution to the public debate about refugees in Turkey. I am thankful to Ms. Joan Rebecca Siregar-Long for creating this initiative, and to the Nieman Foundation and Turkish Philanthropy Funds for supporting my work.“

Joan Rebecca Siregar-Long said, “I am delighted that the Nieman Foundation has selected the first recipient of the Robert L. Long Nieman Fellowship, and I wish Afsin the very best at Harvard. My hope is that she will be the first in a line of Robert L. Long Nieman Fellows who are committed to promoting press freedom worldwide and to working fearlessly and with integrity on stories that need to be shared.”

TPF’s Chairman Emeritus Haldun Tashman noted that Turkish Philanthropy Funds is very proud to be partnering with Mrs. Siregar-Long and Harvard University in the fellowship program and said, “Robert L. Long was concerned with the issues facing journalism in a rapidly changing world. This  program in his memory inspires  journalists from Turkey and expands their intellectual curiosity.” He further added that Mrs. Siregar-Long’s initiatives inspired him personally to develop two long-term initiatives in Bolu, Turkey, to be supported by the Tashman Fund at TPF in memory of his late mother and father.

Ann Marie Lipinski, curator of Nieman Foundation for Journalism at Harvard University, noted: “We are honored to offer this fellowship in the name of Robert Long, who was much admired by his journalism colleagues, and we are grateful to Joan Rebecca for her work on this important new initiative. Her commitment to supporting Turkish journalists in her late husband’s name is one Nieman shares. We are excited to welcome Afsin Yurdakul, anchor and correspondent for Habertürk News Network, as the inaugural fellow in this initiative and look forward to working with her.”

“Turkish Philanthropy Fund was created to inspire and mobilize innovative, high-impact philanthropy that benefits communities in Turkey and in the U.S. We’re thrilled to have enabled this match between the Nieman Foundation for Journalism at Harvard University’s mission and Joan Rebecca Siregar-Long’s aspirations to honor her husband’s life-long commitment to supporting the next generation of quality journalism,” said Maria Figueroa Kupcu, vice chair of TPF.

Turkish Philanthropy Funds
Turkish Philanthropy Funds(TPF) is the leading U.S. community foundation for high-impact social investments dedicated to Turkish and Turkish-American communities. Since 2007, TPF has mobilized over $30M and has invested over $17M in grants with partners focused on addressing economic, education, gender equality, social and environmental needs in Turkey and around the world. By providing support to realize the philanthropic vision of individuals, families, and corporations, TPF donors and partners have reached thousands of families and directly funded over 200 projects.

The Nieman Foundation for Journalism at Harvard
The Nieman Foundation for Journalism at Harvardeducates leaders in journalism and elevates the standards of the profession through special programs that convene scholars and experts in all fields. More than 1,500 accomplished and promising journalists from 97 countries have been awarded Nieman Fellowships since 1938. The foundation’s other initiatives include Nieman Reports, a quarterly print and online magazine that covers thought leadership in journalism; Nieman Lab, a website that reports on the future of news, innovation and best practices in the digital media age; and Nieman Storyboard, a website that showcases exceptional narrative journalism and explores the future of nonfiction storytelling.